The work is comprised of an object and animations in a partial continuation of the subject matter I have already worked on, i.e. the fragile and unequal relations of animal and humans with their specific environment and historical mythology. The idea of the work The Early Bird Breaks its Beak Early stems from privacy and the belief that my home is my castle (especially in Latvian culture), even if it is just a tatty cardboard box on the outskirts of the city, where one can hide and spend the night. There is a popular saying in Latin America, Mi casa es su casa (My home is your home), which is often used as a light diplomatic gesture with which to relieve guests of their initial shyness. Although Latvians say, “Feel at home,” naturally, they don’t mean it. The work’s spatial object is comprised of concrete glass thorns on the surface, which put one in mind of a surface covered with sea urchins of the kind that is created in the West to dissuade birds from landing on roofs and defecating there. This installation is augmented by an animation, which we recall from the analogue era: those moments when the TV would induce your eyes to shut just before bedtime. This phenomenon is known as white noise or background noise, which is a random signal with a constant power spectral density. We live in paradoxical circumstances in which man has occupied virtually all of nature to the point that even birds are now being denied their freedom. At the end, we are offered food for thought: the bird is no fool – it will fly away (with or without an accompanying flock) to your neighbours’ house and defecate on their roof! 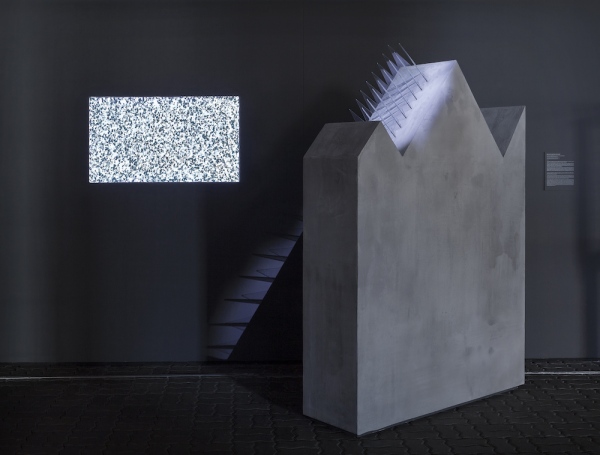 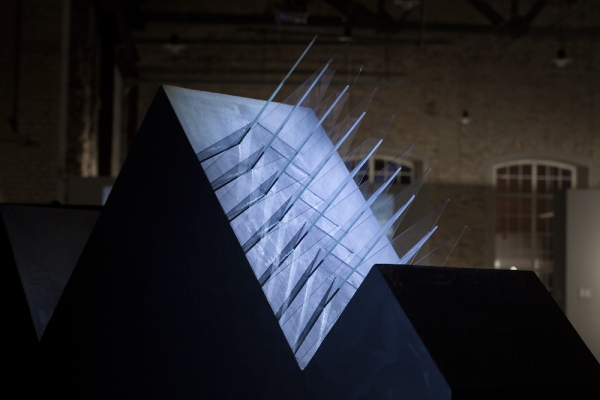 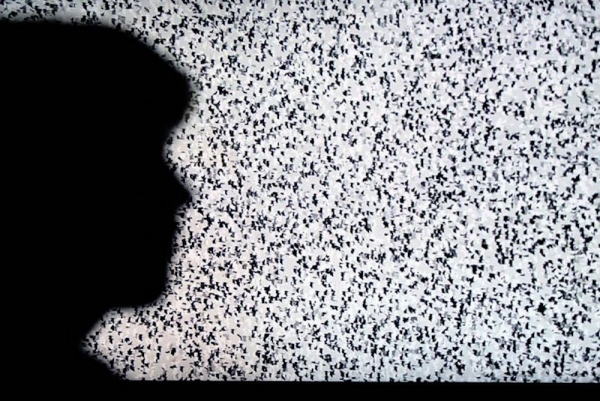 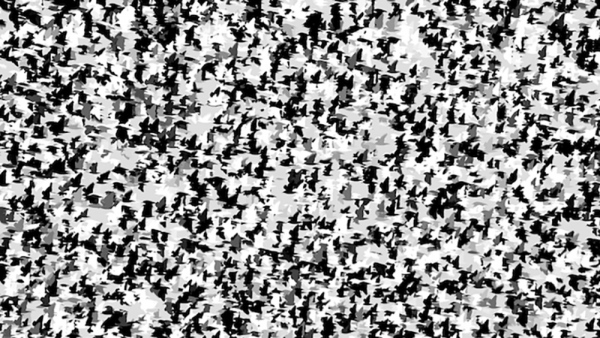