The Pig has Pig's Fortune to be in the Museum


What does it all look like there? A round table in the room, slowly turning around its own axis. There is a concrete moulding on the wall, it resembles those same light-coloured museum walls but it appears as if the moving table had cut out a groove in the wall, lazily going for a wander and messing up the space surrounding it. This object will lie on its stand, bearing a striking resemblance to the granite Pig by Latvian sculptor Teodors Zaļkalns, which forms part of the Cultural Canon and was made 80 years ago in 1937, only here the object will be wrapped in gold foil.

The Pig will be as if wrapped and as if lying there. Because the authentic Zaļkalns’ symbol of Latvian bacon, which is held in the collections of the LNMA, will not be at all offended on its big birthday – immoderately swathed in foil (and ready to surrender to the gastronomic seduction of the cooking oven), it will only look that way – and serve as inspiration, one for the road for a dizziness of the mind which compels me to invite viewers to join in.

Over the course of time, from being an amiable domestic pet, plump domestic animal, eater of acorns, forest wildlife and crispy bacon on the pan at breakfast time the pig has also become the face of a roadside litter campaign (of course, with the facial expressions of its friend – the human being), a TV diva – with personification (and a short dress), and a source of great trouble for farmers as featured in the evening news. Because in Africa there is swine flu and the pig, infected with this contagious disease, moves around and infects other pigs and, as it turns out, they all have to be culled: killed and burned.

Humour and the absurd are the tools in my arsenal, when objects familiar to everybody – glass ducks at the side of a genuine duck pond, a still life in the University of Latvia Botanical Gardens complete with a rabbit feasting on carefully cultivated home-grown bounty, or a solitary stag in a forest lookout tower in the centre of the city – with the help of artistic perception become sculptures with a story. They are ideas, which are peeled away like an onion, one layer is followed by another, and you can just peel and peel away… only sometimes you may have to cry. 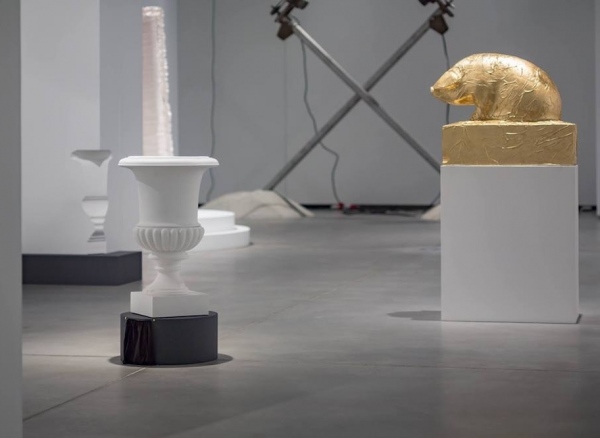 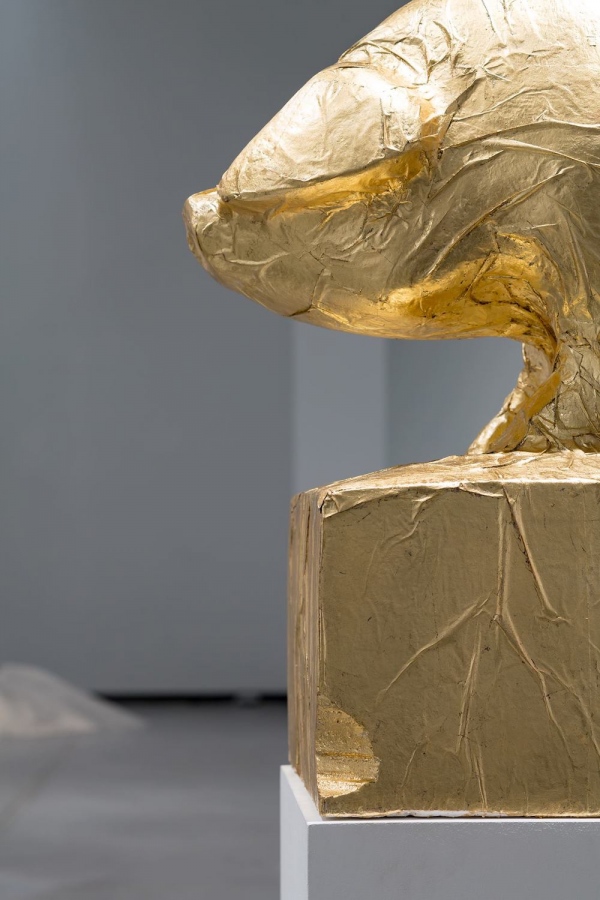 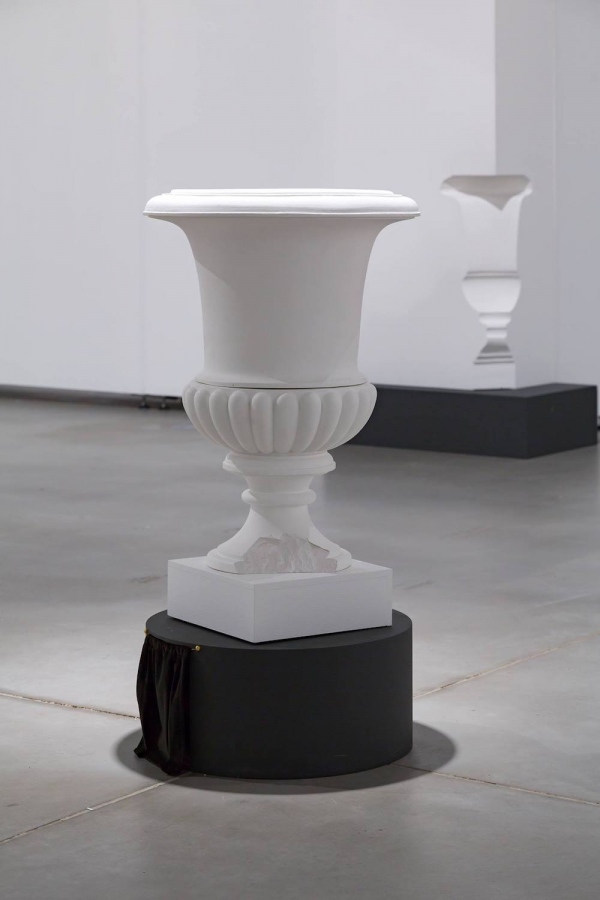